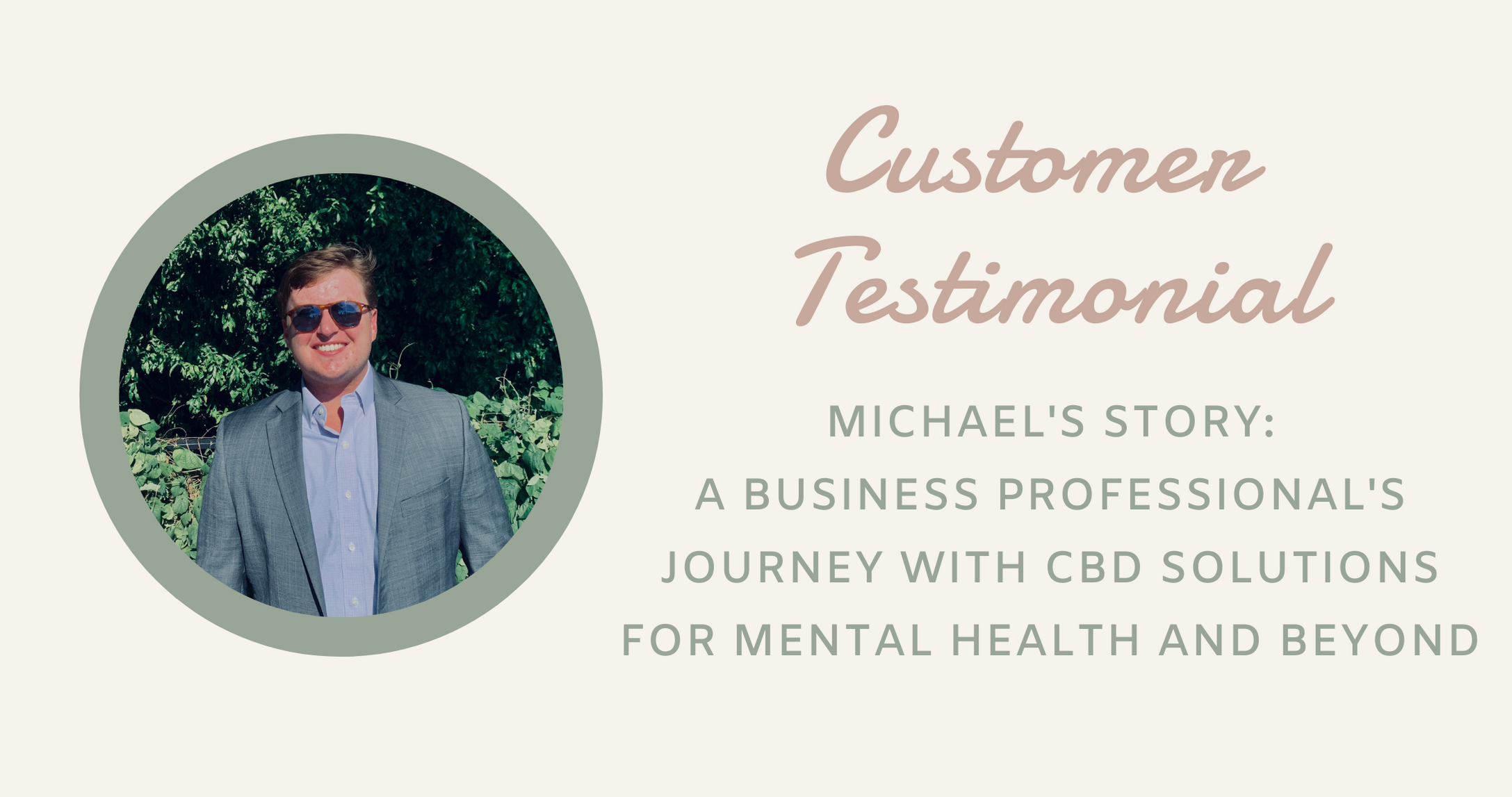 Michael, a 24-year-old sales professional from Austin, Texas, struggled with ADD for years. He developed a pretty bad case of anxiety as a result of the ADD. Michael turned to traditional medicine to help him with the ADD. Michael stopped drinking alcohol, hoping that might help, but things actually got worse before they got better. It wasn’t until he participated in an intense ADD psychotherapy treatment and started taking Moon Mother CBD oil that his symptoms started to subside. Here’s Michael’s story.

In addition to the traditional medicines, Michael was open to alternative solutions, and so he tried a friend’s full spectrum CBD oil. It helped to a certain extent—enough to keep him interested in exploring CBD options.

It wasn’t until a month later when Michael was visiting his sister studying natural medicine in Boulder, Colorado, that he found a solution that really helped him. He’d wanted to find a CBD store. He was literally driving past Moon Mother Hemp Company, thought it looked cute, and he pulled in to check it out. Michael explored the products and talked to the staff for quite a while. “I’m decently knowledgeable about CBD, but the staff was extremely helpful as I had a bunch of questions,” he said.

He walked away with the Moon Mother Full Spectrum Hemp Oil Tincture. “The full spectrum tincture was a lifesaver,” Michael said. “The tincture that I first tried was nowhere near as effective as Moon Mother’s tincture. It’s phenomenal.” Shortly after taking the full spectrum tincture, and along with the psychotherapy treatment, Michael now rarely has anxiety, and his ADD is pretty much gone. Michael said, “The treatment itself was extremely helpful but the CBD was a very, very useful supplement along the way. I still have anxiety occasionally, and CBD is what I like to turn to first.”

Michael is in a fast-paced tech sales position with sales calls that can send his stress levels through the roof. By about early to mid-afternoon, he reaches for a small amount of the tincture. He pretty rapidly feels a sense of peace, and as a result of that, with his ADD, it helps him to focus and center, and find his zone.

During the week Michael was in Boulder, he visited the store a handful of times. He also purchased the Moon Mother CBD Muscle Balm. He’s an active guy—doing yoga, lifting weights and walking his dog, Blanco. “I have bad knees—I have the knees of a 60-year-old. I want to continue to be active though, and the muscle balm really helps me feel better.”

Also, as many of us do these days, Michael stares at a screen most of the day. He said, “My neck is in knots from sitting in front of a computer screen all day.” The muscle balm helps relieve the tightness in his neck. “And some days, I just slather it on all over,” he laughed.

Michael loved these products so much that he began buying them for his parents. His parents now use the full spectrum CBD oil and the CBD muscle balm regularly.

In fact, Michael began buying so much of these products that it initially caused Moon Mother’s founder, Jessica Bates, to be a bit concerned. “I decided to reach out to him just to make sure it wasn’t a fraud,” she said. His response? “No, I just love your products. I’ve been giving them to my family, and they’re crazy about your products,” laughed Michael. “She also wanted to know what I liked about them.” Jessica and Michael still laugh about the story, as it was a surprisingly happy and unexpected ending.

Choosing a Company to Support

What’s important to Michael when he makes a purchasing decision? “Quality is top of mind. And these products are far and away the best I’ve tried,” said Michael.

He also loves to support small businesses, and he respects that Jessica is a woman-owned company. “That’s part of why I love it. My mom and sister are hard-working gals, and that’s something that’s pretty important to me.”

Michael also really likes the points system, which is Moon Mother’s rewards program. You sign up, earn points for your purchases and then redeem the points as dollars off a future purchase. “Unlike other places, their point program is very generous and actually goes towards something.”

And to top it off, it’s an easy ordering process, although at this point, Michael is kind of an expert. “I put my two things in my cart, and I’m done. It’s a 3-minute process,” he laughed. And Michael continues to purchase Moon Mother products for him and his family. 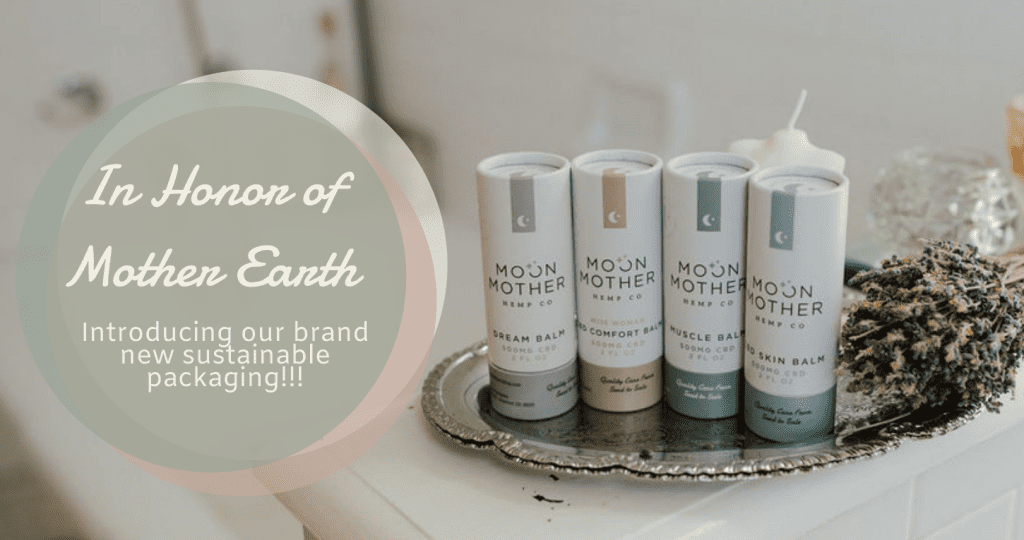 In Honor of Mother Earth

When it comes to sustainability, many earth-friendly brands reach an insurmountable hurdle—packaging. The CBD industry is particularly 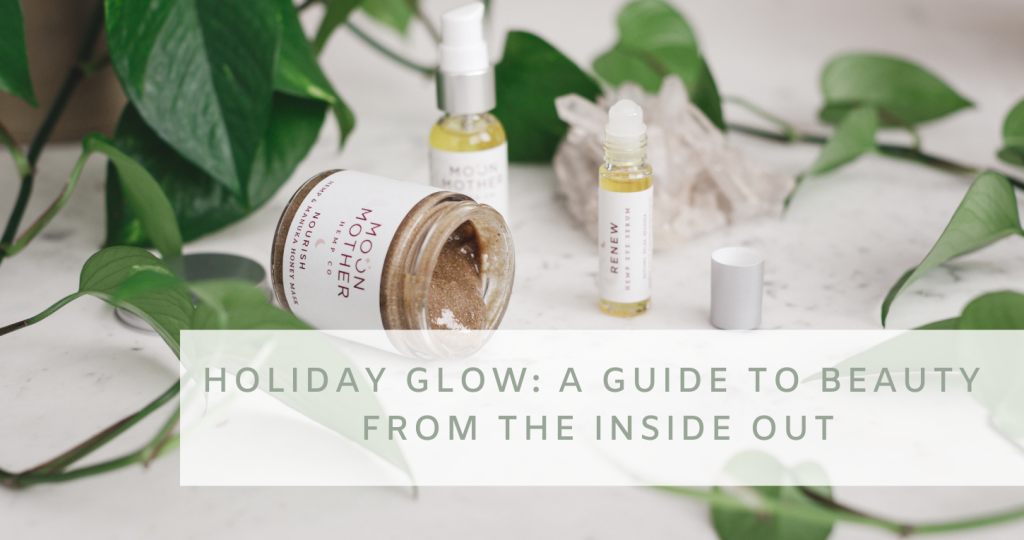 Holiday Glow: A Guide to Beauty from the Inside Out

Grown by our team on our family run, USDA-certified farm in Boulder, CO. We ensure the quality of our organic hemp by overseeing each stage of the production, from seedlings to sale.

Our founder, a certified clinical herbalist, has put thoughtful consideration and care into every product to create a synergistic effect between hemp, herbs and essential oils.

No Extras or Fillers

As a certified Leaping Bunny company, we’ve made a commitment to not test our products on any furry animals.

We use only USDA Certified Organic ingredients that are responsibly sourced and fair trade wherever possible.

We’re committed to sustainable, eco-conscious farming practices that support the land and soil, including biodynamic practices.

1% for the Planet Member

Our partnership with 1% For The Planet aligns our company with other like-minded individuals, non-profit organizations, and businesses pledging to protect our world.

We are proud to be one of the few women-owned CBD companies. Our founder is a certified clinical herbalist who is dedicated to women’s health and wellbeing.

If you’re thinking about getting a massage, you

A restful night’s sleep is essential in helping